It is cold outside, it might snow later. The wind rushes past the house and it gets dark early. Inside you are wrapped in a fluffy sweater and you have your hands folded around a cup of hot chocolate. A hot shower would be perfect now.. and that wouldn’t be complete without Cinders! This winter shower gel is a must have during this cold season. Today I’m telling you all about it! 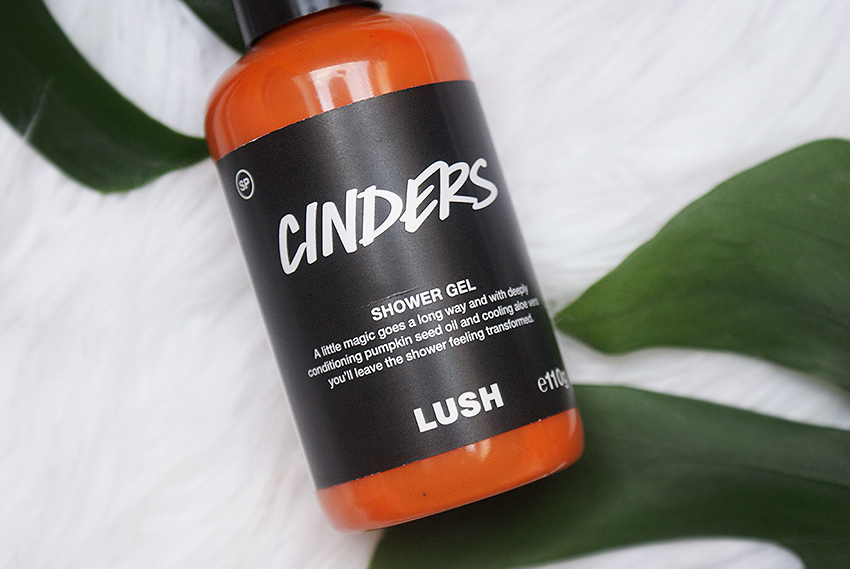 Lush Cinders shower gel costs £5.50 for 110g, £10.95 for 260g, £18.25 for 520g. It’s part of the Christmas collection. It’s also available as a naked shower gel. If the name Cinders sounds familiar to you, you’re not mistaken — it was a bath bomb for years, it’s discontinued now. I never liked it as a bath bomb (too much cinnamon), so I took a big chance buying Cinders. Fortunately, I like this scent really a lot! It’s a lovely shower gel to see, the color is aesthetically pleasing. 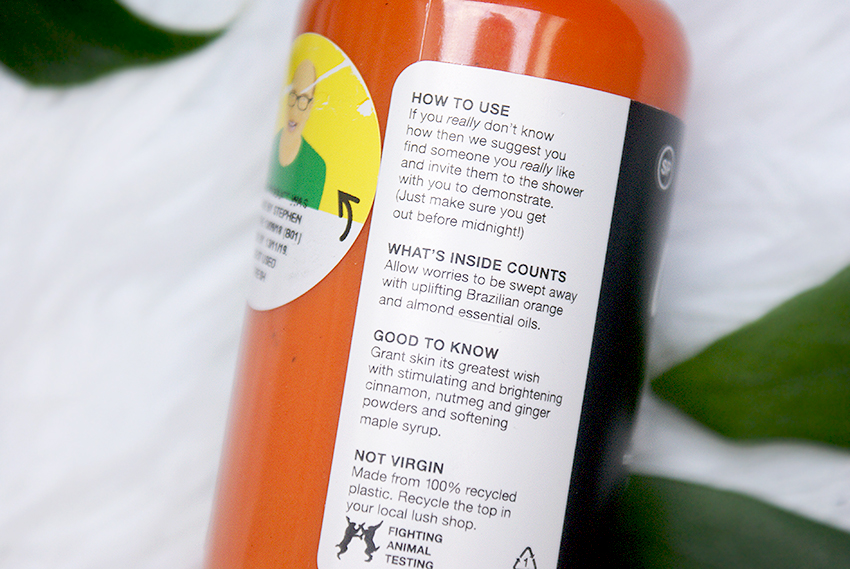 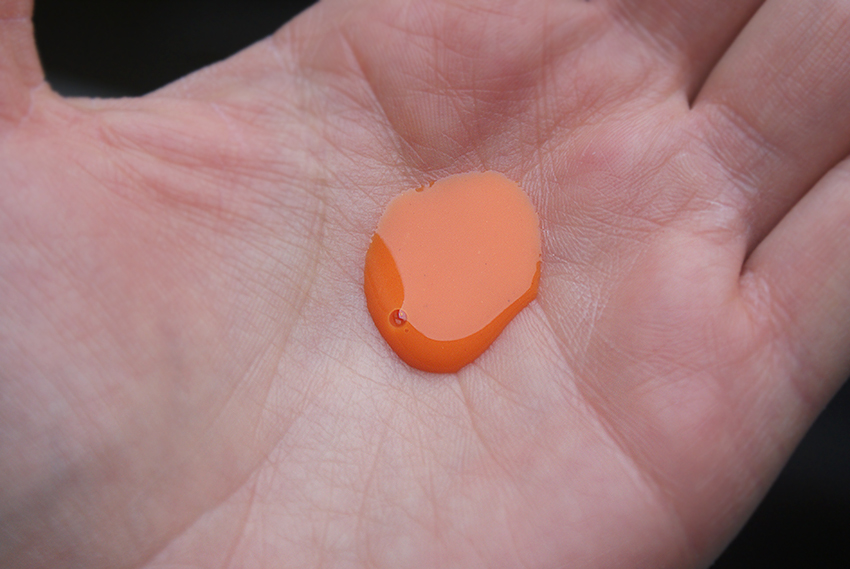 I’m so happy that I bought this shower gel. Although it looks pretty, the scent is truly the best thing about this shower gel. It’s a festive yet warm scent, in which I can sense the almond oil pretty well. The scent is also spicy thanks to the cinnamon in it, but it also has a layer of sweetness, thanks to the orange oil and maple syrup. Overall it’s a typical wintery scent, warm and spicy. It smells less of cinnamon than the bath bomb. (Thank God)

The consistency is very thick, it reminds me of a shower cream. This makes it extremely economical to use! You don’t need much for lathering your whole body. In the shower, I notice how incredible festive this scent is. It brings me in a Christmas mood. I was like, ‘when I got out of the shower, I’m going to put up the Christmas tree like, right away’. Definitely a must have during this season.

My skin feels very soft afterwards. The scent doesn’t really linger on my skin, so this is the moment where I really would like to have more products with this scent. All in all, this shower gel is a real hit. I’m stocking up on this, because I think it’s an all year round scent.

Lush Cinders shower gel was part of the Christmas 2019 range.