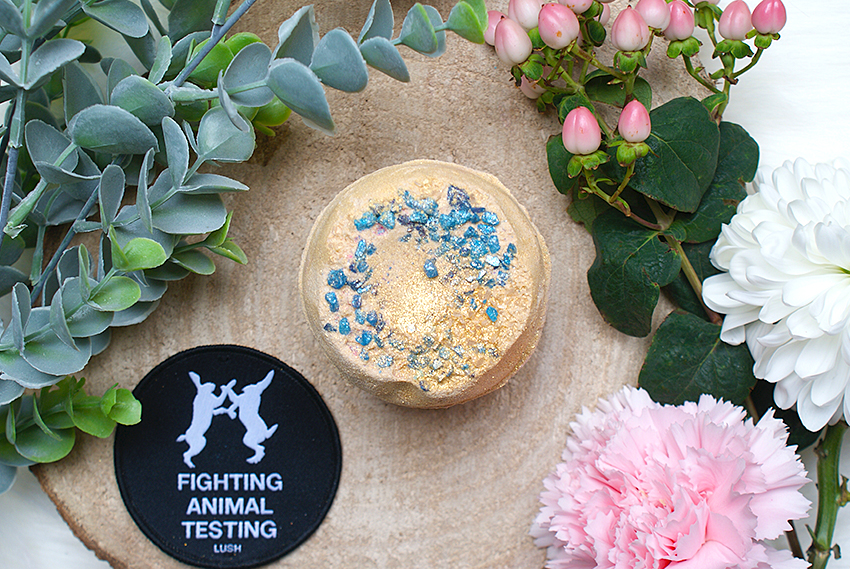 I promised myself to order about 10 new bath bombs. With the average price of 7.50 euros the total price quickly adds up, so I said to myself: 10 bath bombs. It became 11. Could be worse! Of course I don’t have to tell you how damn hard it was to choose ‘only’ 10 out of 54. I decided to go for Geode, because it looks so beautiful. Well… on arrival I was a bit surprised as it looked a bit off. But, we are not allowed to judge a bath bomb by its appearance either. So, onwards to the bathroom! 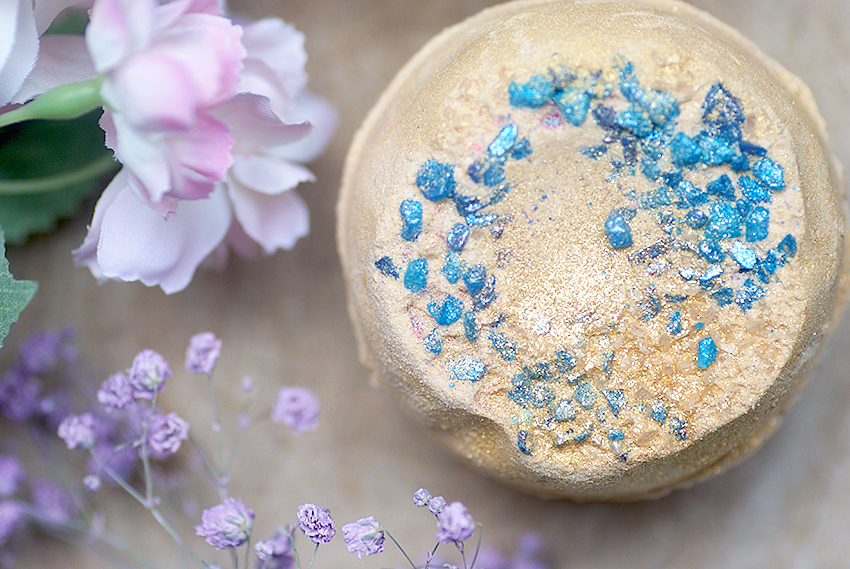 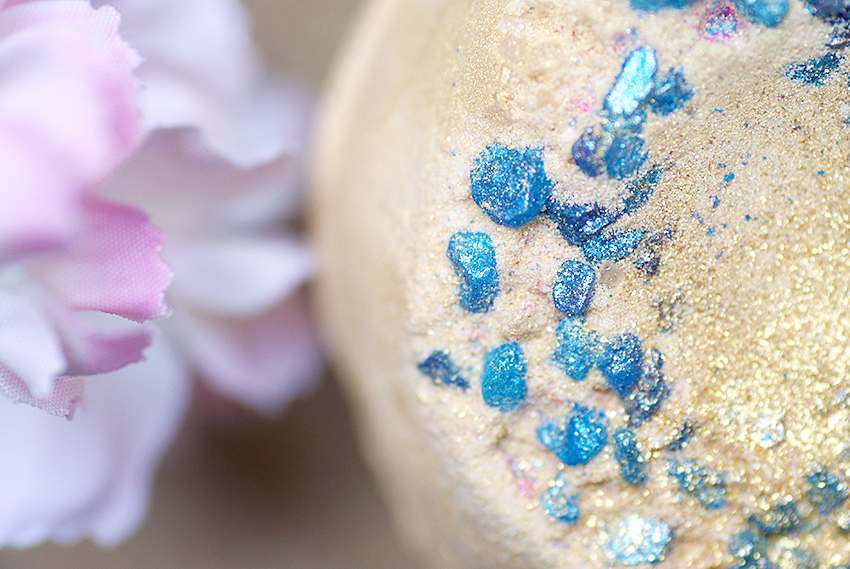 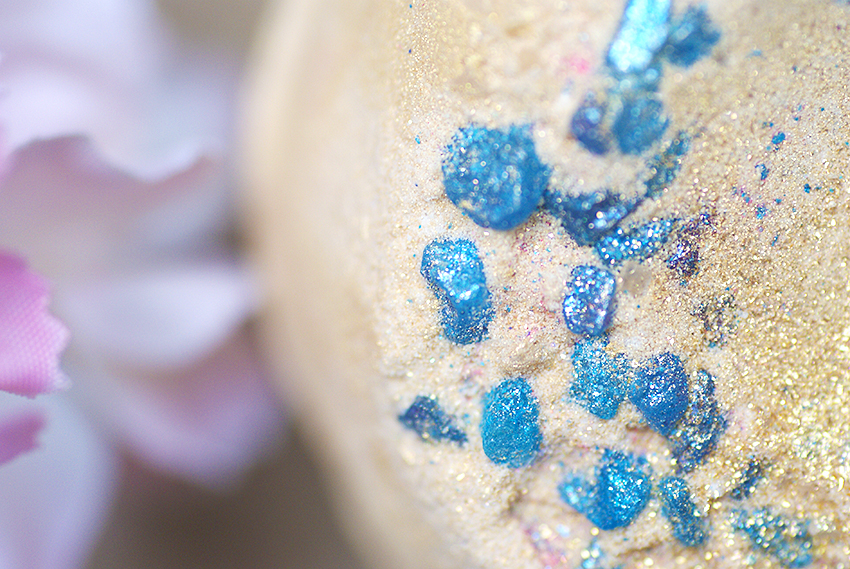 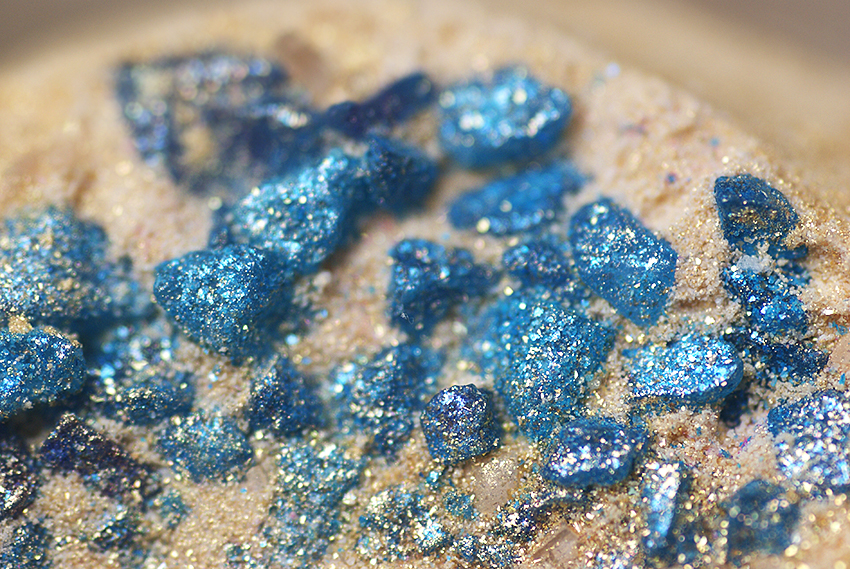 When I saw Geode, the purple pearls hit me right away. However, when I received it, it was quite a disappointment. You probably know those McDonalds advertisements, showing a delicious hamburger (yes, I’m a vegetarian but I needed an example to explain), right? And when you buy it, it’s a pathetic little hamburger with less ingredients, looking rather sad. Well, that’s also the case with Geode. The pearls are not purple but blue, although that’s not the issue — it’s the lack of pearls what bothers me. I mean, the photo in the webshop show a Geode filled with gorgeous pearls. What I got, was a bath bomb sprinkled with a few pearls. It probably won’t make a difference in the bath, but still. We Dutch people always need something to complain about.

The first thing that strikes me is the scent. I don’t like it. It reminds me of colored pencils. Yes, I know, that’s quite a weird description. But it’s kind of a woody pencil / graphite scent. It’s a bit fusty. I don’t know, I just don’t like the scent. Furthermore, Geode is average in size, a pretty big bath bomb. It contains popping candy, but also mineral-rich sea salt, which is good for the skin. I just hope I’m not going to sit on top of a sharp piece of sea salt grain.

Geode contains lavender and bergamot, although I don’t recognize both components in Geode. Lavender is pretty warm, where bergamot is very citrusy. A pretty daring combination, if you ask me. I’m not fond of it, however. I think Geode really smells like a wet fart. Sorry Lush. Hopefully the bath bomb will pleasantly surprise me when hitting the water. 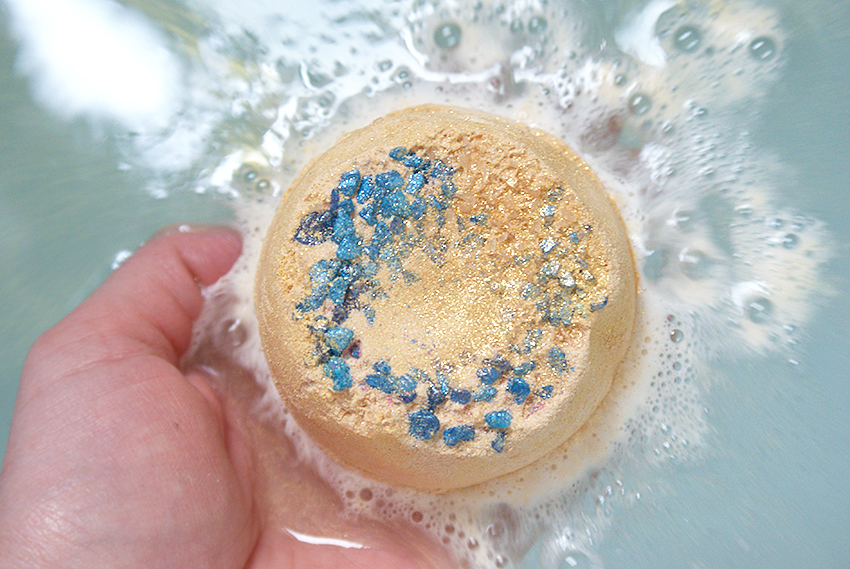 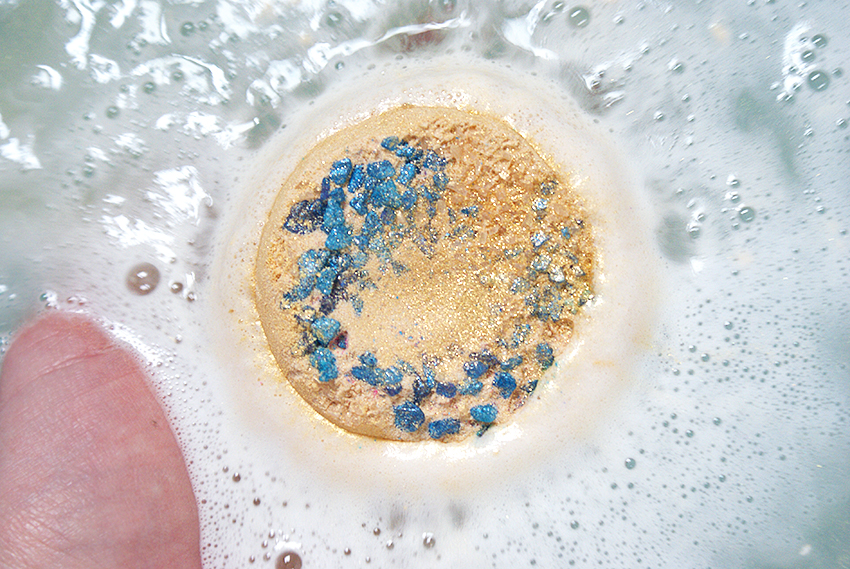 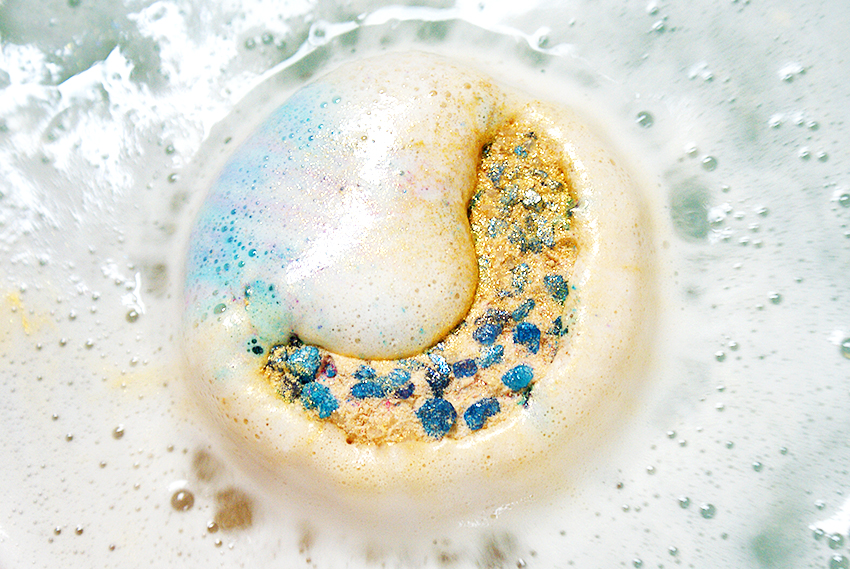 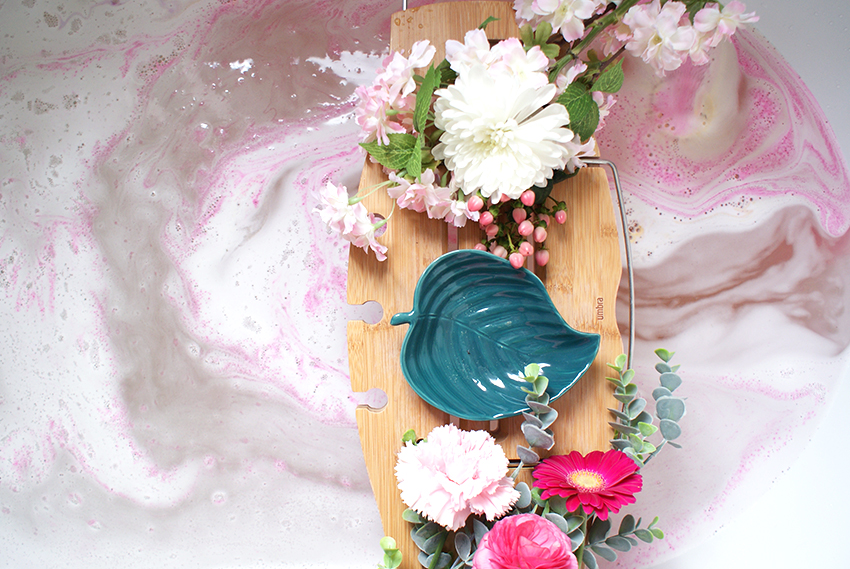 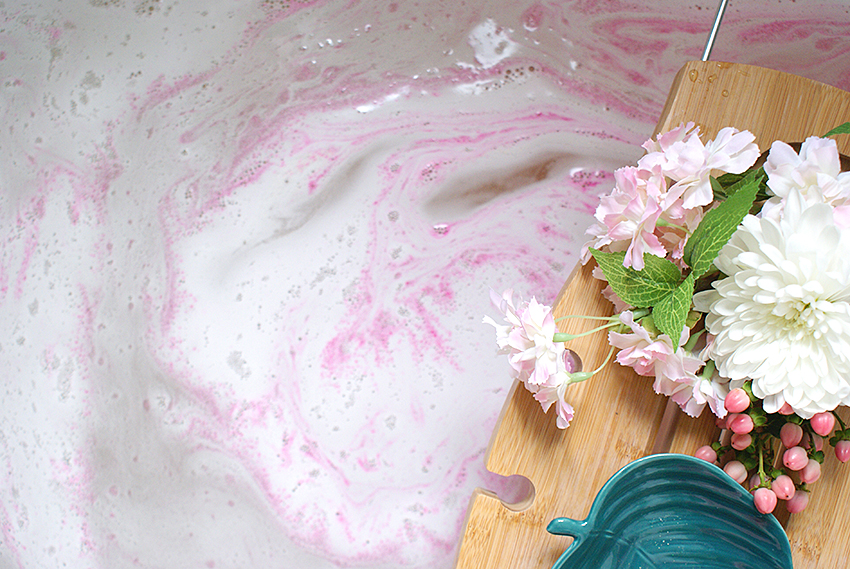 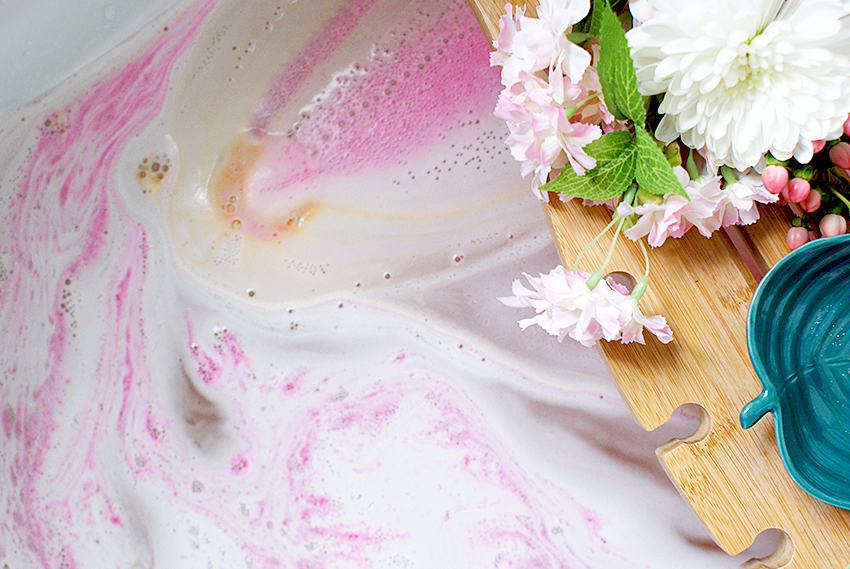 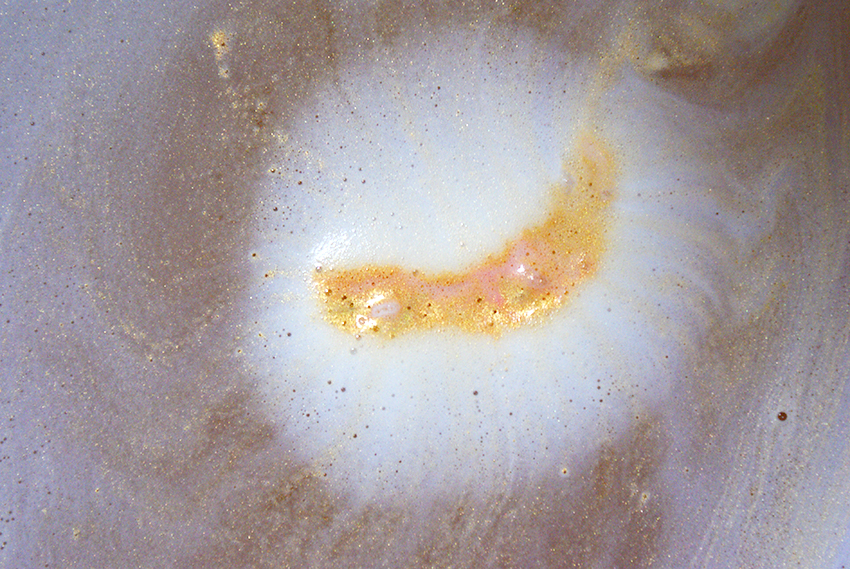 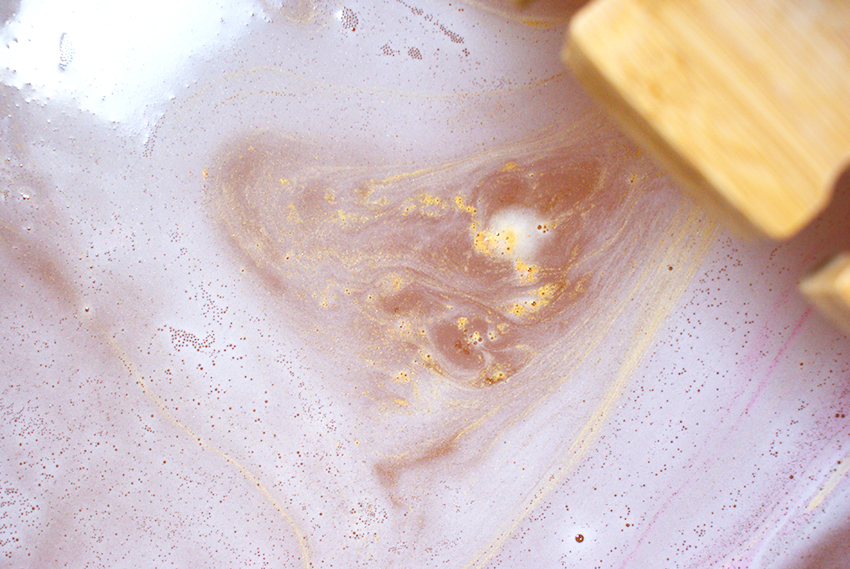 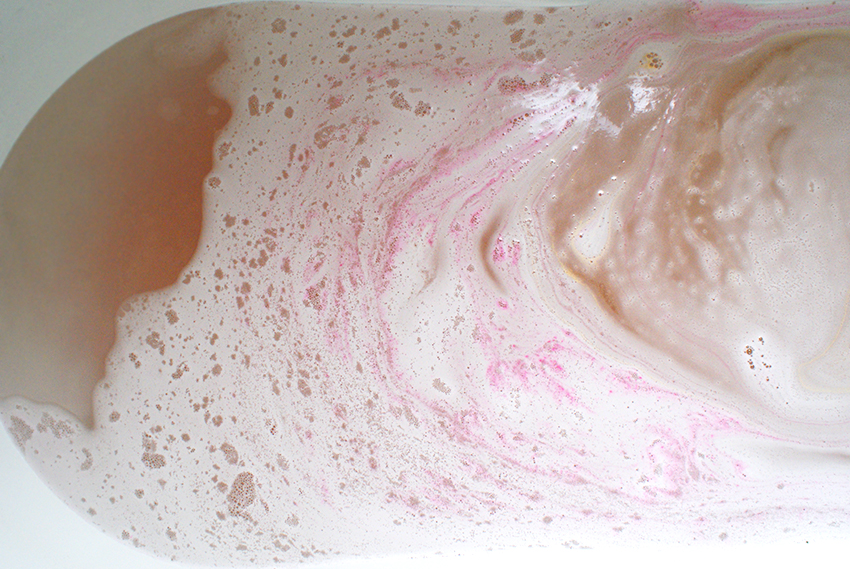 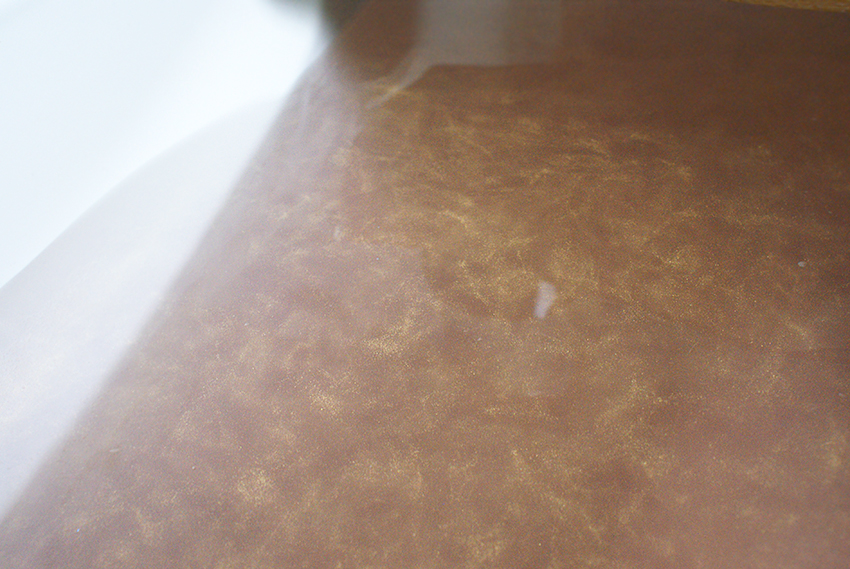 Okay, I’m definitely pleasantly surprised. I didn’t really notice the scent while bathing, so that’s pretty positive. The bath bomb itself is enchanting! Upon hitting the water, thick and fluffy foam are being released, they even show a few bright colors, such as purple and blue. Geode fizzes quickly through the water, releasing streams of yellow. After a few minutes, pink streams come out of the bath bomb and slowly turn the water into a pale, orange color.

The best thing about Geode can be admired in the water itself. There’s a wealthy amount of golden lustre, pulsating under the surface. It’s like I’m floating in liquid gold. I couldn’t feel any of the sea salt grains in the water, I think they dissolved. My skin certainly felt softer afterwards, I could clearly feel the difference. All in all it’s a magical bath bomb, I really enjoyed it. Although the scent isn’t really my thing, I’m always keen on glittering water. If you are as well, then you should really consider buying this bath bomb!